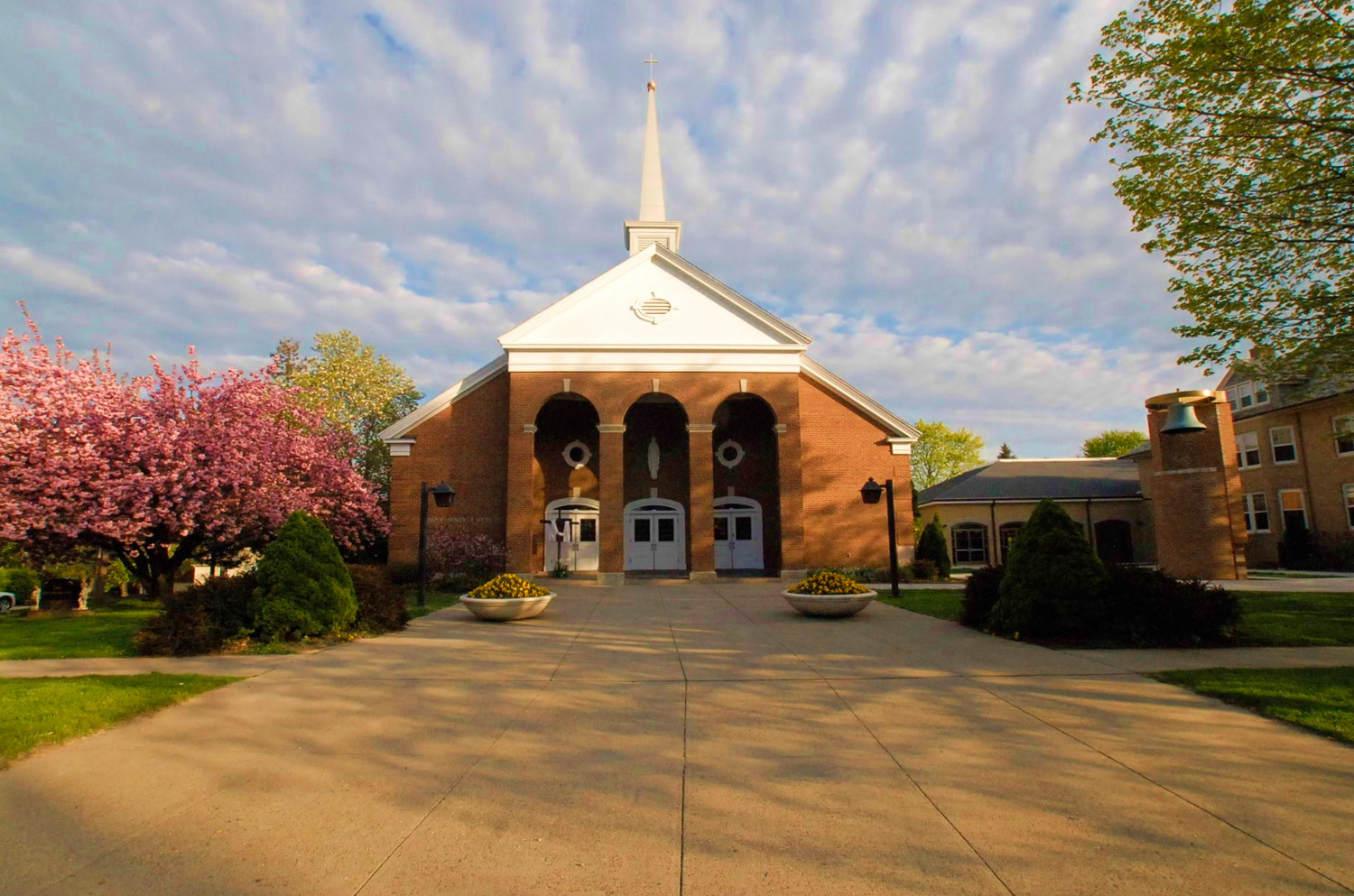 Responding to the influx of Catholic immigrants into Branford in the 19th century, St. Mary Church was dedicated as the first Catholic church in Branford in 1855. Located on Montowese Street, this church served the town’s Catholic populations for 46 years. After a few years of collaboration with nearby priests and parishes, Fr. William Clark was appointed as the first resident pastor in 1859. A new church building on Main Street was dedicated by Bishop Michael Tierney on January 24, 1904, but was destroyed by a fire only months later on November 25 of that same year. The church was completely rebuilt and rededicated, again by Bishop Tierney, on October 19, 1906.

In 1923, Fr. T.J. Murray purchased a house and land near the church on Hopson Avenue that would be turned into a convent for the Sisters of St. Joseph of Chambery. A few decades later, Fr. Cornelius Teulings sold the original convent and other lands to purchase new property that would hold a new convent for the Sisters of Notre Dame de Namur and St. Mary School, which was dedicated on June 3, 1961.

Then on July 2, 1972, tragedy struck again at St. Mary Church, as another fire totally destroyed the interior of the 66-year-old church building. Supported by numerous groups and churches throughout the town and under the guidance of Fr. Albert Healey, a new church was constructed and dedicated by Archbishop John Whealon on August 25, 1974.

In the following decades, multiple projects would ensue to continue enhancing the church, including the St. Mary Parish Center, a church hall and business center that was built under the leadership of Fr. Christopher Ford and dedicated by Archbishop Henry Mansell on June 14, 2009, and a newly designed and constructed bell tower, a gift of the parish Knights of Columbus council that was dedicated on August 29, 2009.